When to arrive, what to wear, when to go, what to eat – all your theatre etiquette questions answered

When going to the theatre there are, certain rules to remember. Here are a few to get you ready for the theatre, now you’ll be prepared for anything.

What should I wear?
Although quite a few people like to wear smart clothes for a trip to the theatre, feel free to wear whatever you feel comfortable in.

When Shall I arrive?
Arriving early is essential. There are often busy queues to collect tickets, and shows start right on time. Aim to arrive at least 30 minutes before the show starts.

Can I bring food?
There’s nothing wrong with carrying a plastic bottle of water, your own sandwiches to eat during the interval, or a little box of chocolates to share with a friend.

But you will encounter a few raised eyebrows (or even a dreaded ‘tut’) if you turn up with anything that rustles, loud or smelly to eat.

Can I Drink?
Yes. In fact, sipping a glass of wine or a G&T at the interval is positively encouraged, with interval drinks available to pre-order from the bar. But most theatres will ask you to transfer your drink into a plastic cup (safety first) before you return to your seat.

When should I clap?
It’s pretty easy to work out when to clap at the theatre, but when in doubt wait until everyone else does. And enjoy yourself – this is the one part of the show where absolutely nobody can complain you’re making too much noise.

Now you are ready for an amazing evening at the theatre here are some of our recommendations all with World Privilege Plus discounts in association with our partner See Tickets: 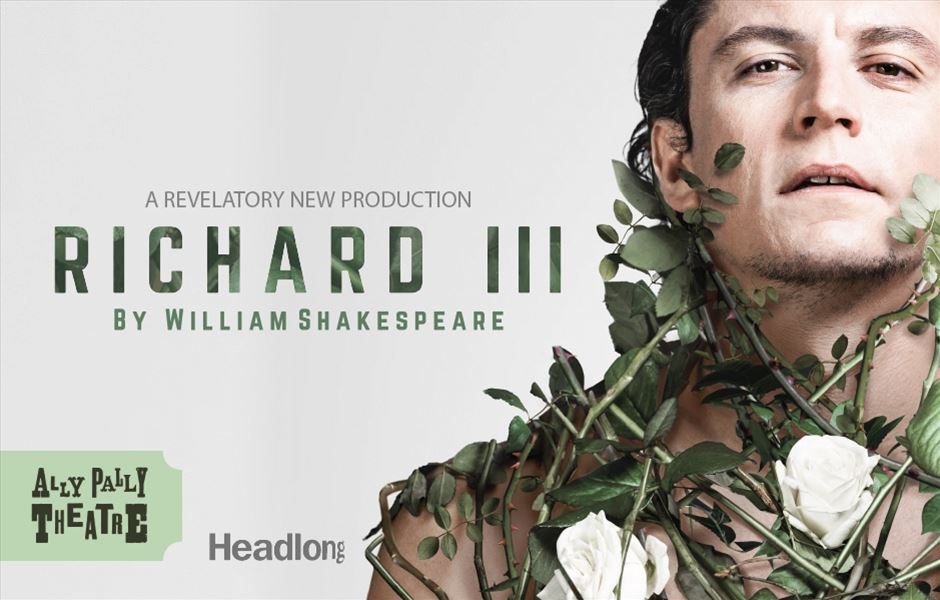 After decades of civil war, the nation hangs in the balance. Enter Richard, Duke of Gloucester, to change the course of history.

Richard was not born to be a king, but he’s set his sights on the crown. So begins his campaign of deceit, manipulation and violence – and he’s killing it.

Yet, behind his ambition lies a murderous desire to be loved.

Richard III is a co-production between Headlong, Alexandra Palace and Bristol Old Vic with Royal & Derngate, Northampton and Oxford Playhouse. 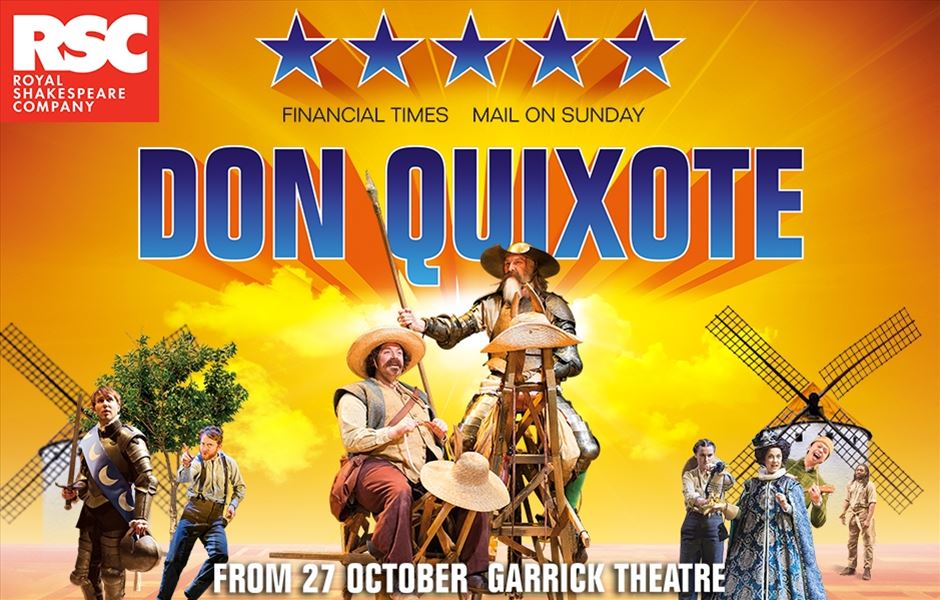 Following an acclaimed opening at the Royal Shakespeare Company’s Swan Theatre in Stratford-upon-Avon, Angus Jackson’s riotous 2016 production of Don Quixote transfers to the West End. Playing a strictly limited season at the Garrick Theatre, the production sees the return of David Threlfall and Rufus Hound as the iconic duo, Don Quixote and Sancho Panza.

Adapted for the stage by journalist, literary critic and poet James Fenton, the production is based on Miguel de Cervantes’ original novel of the same name, which follows the adventurous title character as he embarks on his own quest of chivalry after reading countless books. Armed with a lance and a sword, he decides to become a wandering knight, rescuing the helpless and defeating the evil.

Unfortunately, Don Quixote is tremendously unprepared, and quickly loses his grip on reality. Accompanied by his loyal, but equally unprepared, companion Sancho Panza, the two set out on a hilarious, haphazard adventure in this farcical adaptation of a famous novel.

Produced by the Royal Shakespeare Company, the production is once again directed by Angus Jackson, whose credits span numerous productions with the RSC. A hugely funny, lyrical and energetic take on a classic novel. 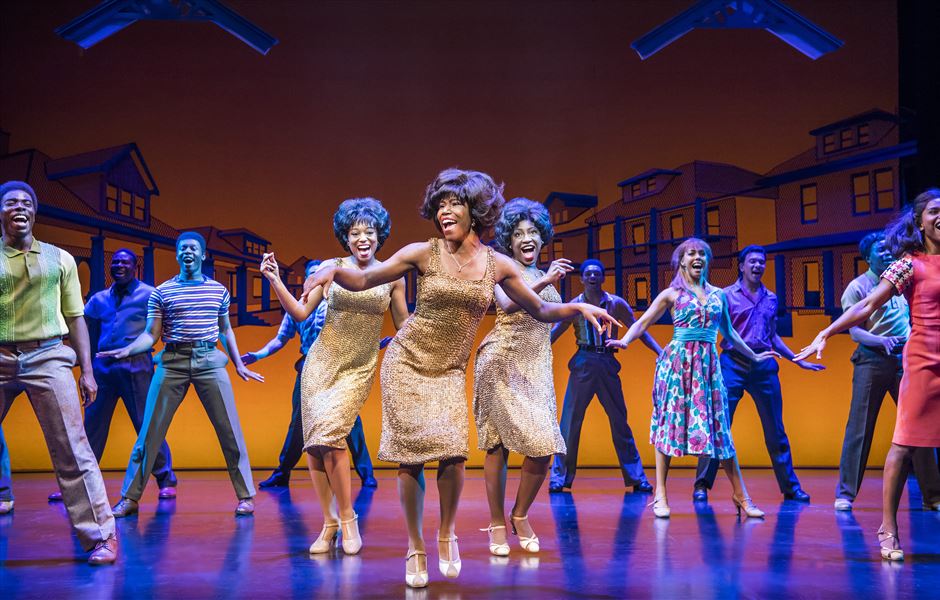 It began as one man’s story…became everyone’s music…and is now London’s hottest new show. MOTOWN THE MUSICAL follows the legendary career of Berry Gordy and the creation of his musical empire, Motown Records. The story begins in 1983, on the evening of the 25th anniversary celebration of Motown, and Berry Gordy is looking back on his career. Inspired by his childhood hero, black American boxer Joe Louis, the young Berry dreams big, hoping one day to make people as happy and proud. After a few years on Detroit’s automobile assembly line he sets his sights on bringing a socially charged, racially divided country together with music. With an $800 loan from his family, Berry founds a music-making factory. Motown is born!

Berry signs a series of ground-breaking artists including Diana Ross and the Supremes, Michael Jackson and the Jackson 5, Stevie Wonder, Smokey Robinson and the Miracles, Marvin Gaye, The Temptations and more. But with the Vietnam War looming and America at a cultural turning point, Berry realises the time has come to push for something bigger than he ever dreamed of, to make music that could get the whole world moving to the same beat.

MOTOWN THE MUSICAL tells the thrilling tale of the man who broke barriers and fought against the odds to define the sound of a generation – complete with the ups and downs of the personal relationships, the professional struggles, and – of course – the music that made history. Discover the story behind the beat that changed minds, touched lives and took the world by storm. MOTOWN THE MUSICAL shows how one label and its roster of legendary artists created the soundtrack that transformed America and gave the world a new musical vocabulary – the Motown Sound. With over 40 classic songs such as “My Girl,” “What’s Going On,” “Dancing in the Street,” “I Heard It Through The Grapevine” and “Ain’t No Mountain High Enough,” this explosive event is the next chapter of Motown’s incredible history – and an experience you’ll never forget. 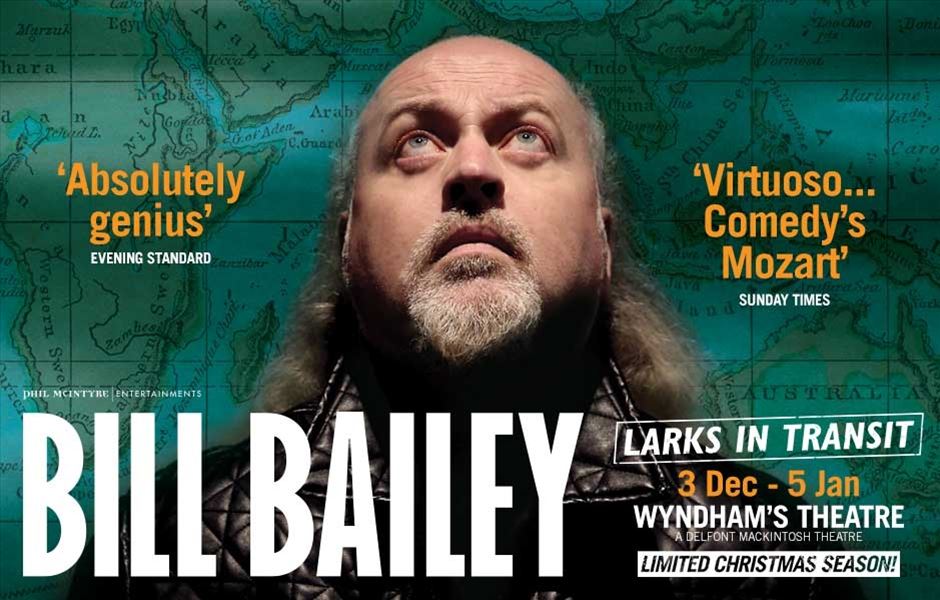 Documenting his 20 years of travelling as a stand-up comedian, Larks in Transit is a compendium of travellers’ tales and anecdotes from a vast array of experience. Pulling into question politics, philosophy and the pursuit of happiness, Bill Bailey uses his well-known style of song to tell the real story of Old McDonald, fashion a symphony from a ringtone and re-imagine the Stars and Stripes.

Bill Bailey is an award-winning comedian, musician and actor, best-known for his stand-up routines and appearing on panel shows including QI, Have I Got News for You and Never Mind the Buzzcocks. He last appeared in the West End in 2015 with his show Limboland, and previous tours have included sell-out shows such as Tinseltown, Qualmpeddler and Dandelion Mind, which ran at Wyndham’s Theatre in 2010.

Guaranteed to be a hilarious adventure into the mind of one of Britain’s best-loved comedians, the show promises to address serious politics with the jovial use of music instruments of all kinds. 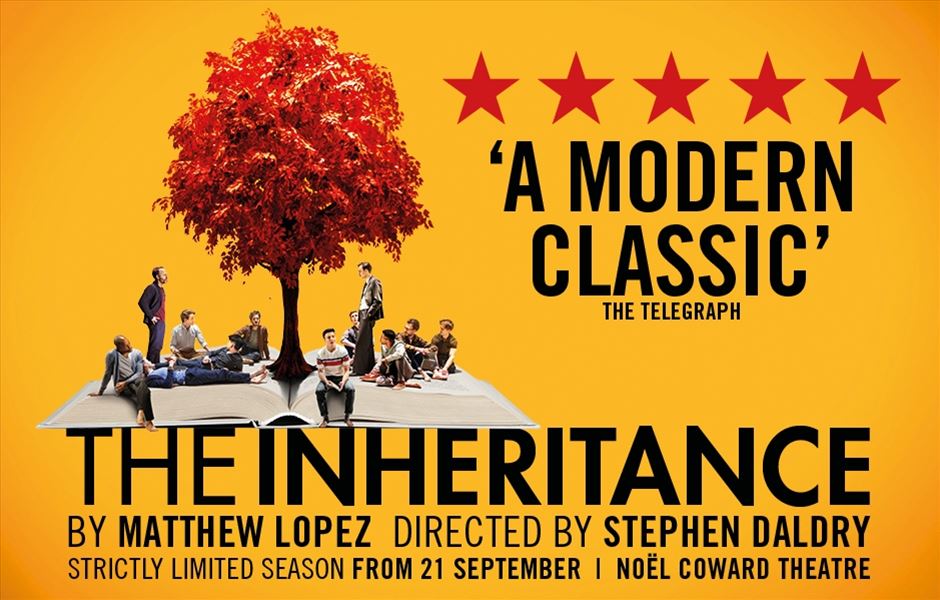 The play has been described as Howards End-meets-Angels in America as it examines what life is like to be part of the gay community on New York a generation after the AIDS crisis. It focuses on two couples, one older, one younger, as they live through the consequences of the struggles faced by the generation before them.

Directed by Stephen Daldry, The Inheritance is at the Noel Coward Theatre from 21st September until 5th January and tickets are on sale now. Tickets for part two of The Inheritance are available here.

In a five-star review of the original production for LondonTheatre.co.uk, Mark Shenton described the piece as ‘a play full of convincing feeling and legible fears, set in a landscape that embraces both the privileged and the dispossessed’.

Moneycorp Starcard from World Privilege Plus

Amazing Microsoft Back to School Offer!